Here you can find descriptions of relevant collections across Dartmouth College Library and the Hood Museum as related to the Advancing Pathways project, as well as resources for teaching K-12 students about Indigenous cultural heritage and artists. Samson Occom, Mohegan Indian minister and missionary who helped raise funds for Eleazar Wheelock’s school which later became Dartmouth College. In this collection that has been repatriated to the Mohegan Tribe, Occom’s journals and sermons document his life and career as a Native American Congregational minister between 1743 and 1790. Included in Occom’s papers are a number of short pieces written in Mohegan. Samson Occom’s papers and materials were repatriated to the Mohegan Tribe on April 27, 2022. The Dartmouth Library, in agreement with the Mohegan Nation, continues to steward and preserve a digital edition of Samson Occom’s papers, The Occom Circle.

The papers of Gordon Day contain ethnographic research materials related to the St. Frances Abenaki village at Odanak, Quebec, Canada and the history of the Abenaki, Algonquin and Iroquois tribes, with an emphasis on the Abenaki language.

The Dartmouth College Archives documents the founding and development of the College from 1769 to the present. Because Dartmouth was founded with the intention of educating Native Americans, they are represented throughout the collection either directly, such as in Alumni Files for individual Native American students who attended Dartmouth, or indirectly through the development and use of the Indian Symbol that represented the College’s mascot from the mid-nineteenth century until the late 1970s.

The Stefansson Collection on Polar Exploration

The Stefansson Collection on Polar Exploration is among the most significant collections of historical Arctic materials in the world. It is an exceptionally rich body of both published and manuscript materials on the history of the polar regions. For the Arctic regions, the bulk of the collection is focused on primary materials produced before 1930, and for the Antarctic before 1940. While both polar regions are represented, the vast majority of materials are related to the North. Under the “Stefansson Collection” umbrella are 751 linear feet of manuscript materials comprising 282 separately named collections.

Notable materials within the Stefansson Collection most closely related to this grant application include: 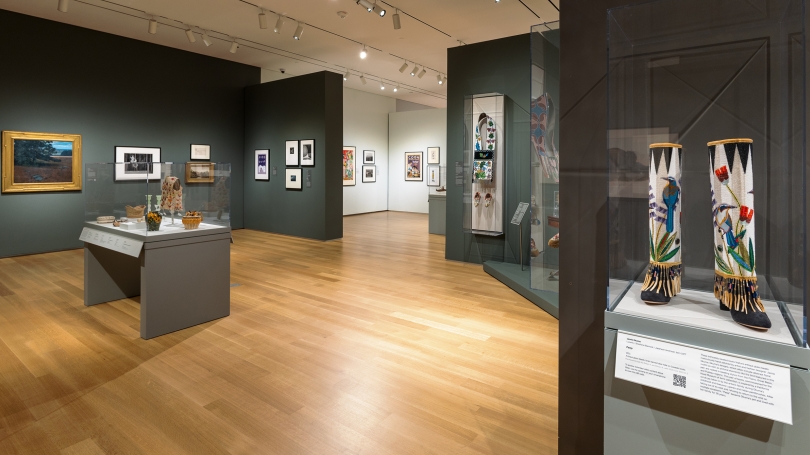 The Hood Museum of Art’s Native North American holdings comprise a collection of approximately seven thousand objects that reveal the multiplicity, complexity, and diversity of Indigenous expression within the United States and Canada. Nearly half of the collection consists of archaeological materials, with strengths in historic beadwork, basketry, clothing, ceramics, and Plains pictorial art. Given the College’s history of interactions and entanglements with Indigenous communities, it is unsurprising that the Hood boasts an impressive collection of (pre)historic Native art. As one might expect, the materials coming into the collections in the eighteenth, nineteenth, and early twentieth century were mostly archaeological and ethnographic. It was not until the mid-twentieth century that “modern art”—as defined by Western art-historical conventions—by Native artists made it into the museum’s collections. However, the Hood boasts an important collection of modern and contemporary Native Art as well. Below is a list of selected areas of collections strengths.

Dartmouth faculty members and arctic explorers Vilhjalmur Stefansson, Elmer Harp Jr., and Alfred Whiting made significant contributions to the Hood’s collections. Their scholarship also laid the groundwork for Dartmouth’s Institute of Arctic Studies. Whiting in particular, who was trained as an ethnobotanist, collected about two hundred objects for the Hood (or as it was known previously, the Dartmouth College Museum).

In 2007, the Hood acquired the notable ledger art collection of Mark Lansburgh (Class of 1949). This collection consists of 130 works of Late 19th-century ledger drawings created by well-known warrior-artists such as Howling Wolf, Chief Killer, Short Bull, and Wooden Leg. These works serve as a vital record of cultural survival and transformation among Plains Indian communities. The acquisition of this collection also served as an impetus for the acquisition of contemporary ledger art by artists such as Dwayne Wilcox, Linda Haukaas, Terrance Guardipee, and George Flett.

Frank and Clara Churchill were residents of Lebanon, NH, and Frank worked for the Bureau of Indian Affairs as a special federal inspector for Indian schools. Clara was the primary collector and kept a journal and photograph album of collecting activities and interactions with communities during their travels between 1899 and 1909. This collection of 1600 objects representing culture areas across North America was gifted to the Hood in 1946. Beginning in 2018, the Hood has worked with archivists at the National Museum of the American Indian, Smithsonian Institution, on the digitization of the archival material associated with the Churchill Collection.

In 1985, Mrs. Guido Rahr donated her late husband’s collection of 250 objects of Plains and Woodlands material to the Hood. A 1987 publication and exhibition Patterns of Life, Patterns of Art: The Rahr Collection of Native American Art supplemented this donation.

One of the first gifts of contemporary Native American art happened in 1935, when Abby Aldrich Rockefeller, mother of Nelson A. Rockefeller, Class of 1930, gifted a collection of work by the Kiowa Five and the Santa Fe Studio school artists to the College. After the Dartmouth’s recommitment to Native students in the 1970s, the Artist-in-Residence Program within the Studio Art Department began bringing Native artists to campus in the 1970s. The first of these artists was Fritz Scholder in 1973, followed by T. C. Cannon in 1975, Allan Houser in 1979, Bob Haozous in 1989, Sonya Kelliher Coombs in 2014, and Gina Adams in 2018. Through the generosity of Hood supporters since the museum’s opening in 1985, other important acquisitions to the Native American collection have been made through the work of Hood curators Barbara Thompson, and Katherine Hart, as well as former guest curators George and Joe Horse Capture as well as Karen Miller. The knowledge and resources around this impressive collection have also been strengthened through the research for the 2011 exhibition Native American Art at Dartmouth: Highlights from the Hood Museum of Art as well as a 2013 Institute of Museum and Library Services (IMLS) grant, which enabled the digitization and database creation for the Native American art collection.

As we build our collection of contemporary Native American art, it is also important to acquire art that reflects the diversity and intersectionality of Indigenous communities today. Currently, the Hood’s collections do not meet this goal, particularly in terms of gender. Less than a quarter of the museum’s contemporary Native American collection represents work by Indigenous women, and we are actively working to address this inequity through recent and upcoming acquisitions of work by artists such as Shan Goshorn, Julie Buffalohead, Alison Marks, Roxanne Swentzell, Rose B. Simpson, Anita Fields, and Gina Adams.

This Land: American Engagement with the Natural World explores artistic responses to the natural world by diverse American artists working from the early nineteenth century to the present. It is the first major installation of the museum’s historic American collection to be organized thematically, rather than chronologically. More significantly, it features not only Euro-American, African American, Latin American, and Asian American works but also, for the first time, traditional and contemporary Native American works hung alongside this early to contemporary “American” art. This collaboratively curated exhibition of approximately 160 works fills four galleries as it compels us to consider new perspectives on historical and contemporary art by diverse artists, Native and non-Native, and to reflect on our own relationship to place and land. How, for instance, have experiences of home and the natural world changed historically and in our own lifetimes? How have they already been impacted by unanticipated phenomena, such as the COVID-19 pandemic? What actions would help to provide all Americans a secure sense of home, in both the built and the natural environment?This exhibition was organized by the Hood Museum of Art, Dartmouth, and generously supported by a gift from Claire Foerster and Daniel Bernstein, Class of 1987, and the Terra Foundation for American Art.

The site is designed to help educators and students explore the Hood Museum of Art’s collection of Native American art. It features over 100 objects grouped thematically from four regions of North America.

The Native America Map and Advanced Search, object images, and related videos and resources were made possible in part by a federal grant from the Institute of Museum and Library Services (IMLS). 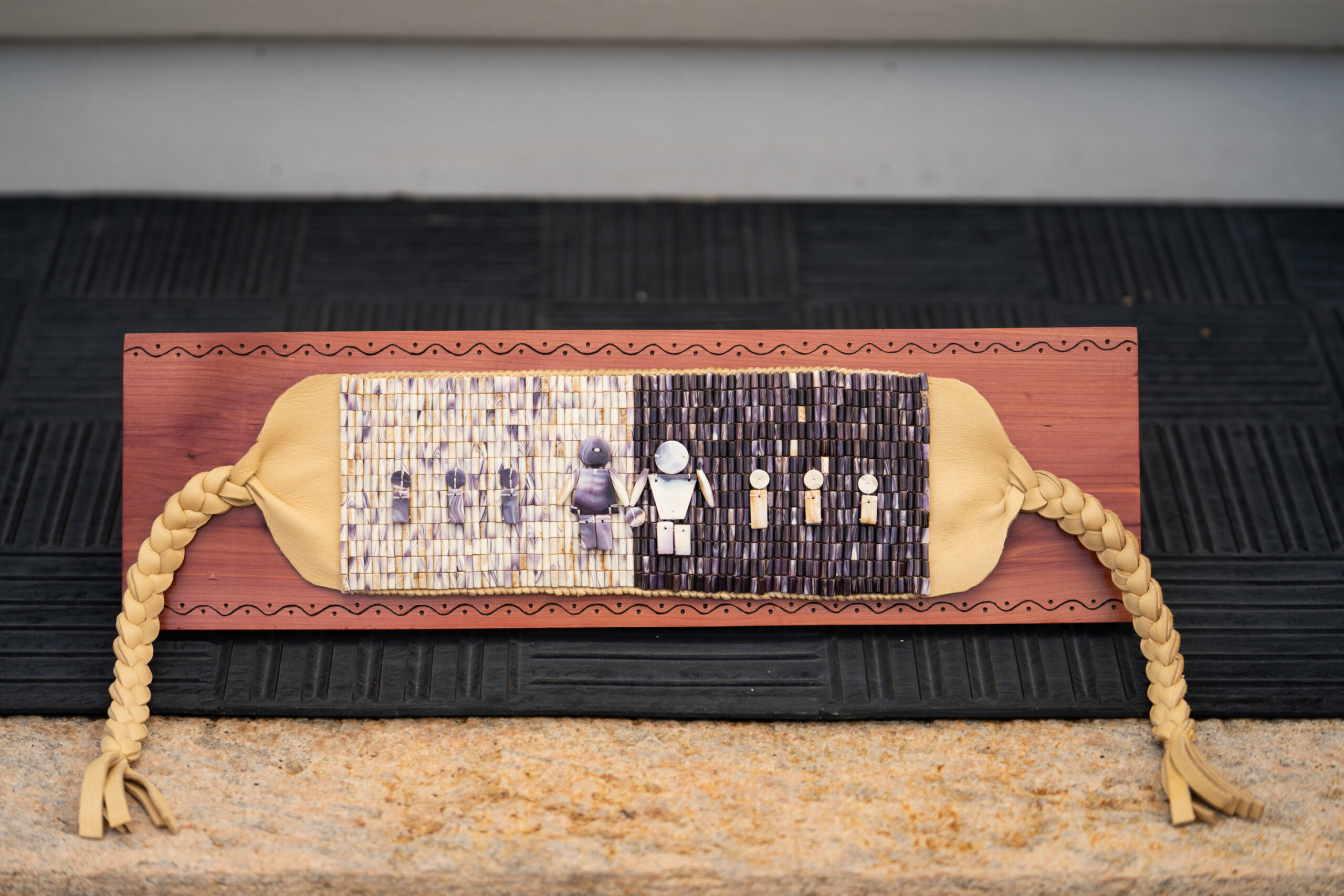 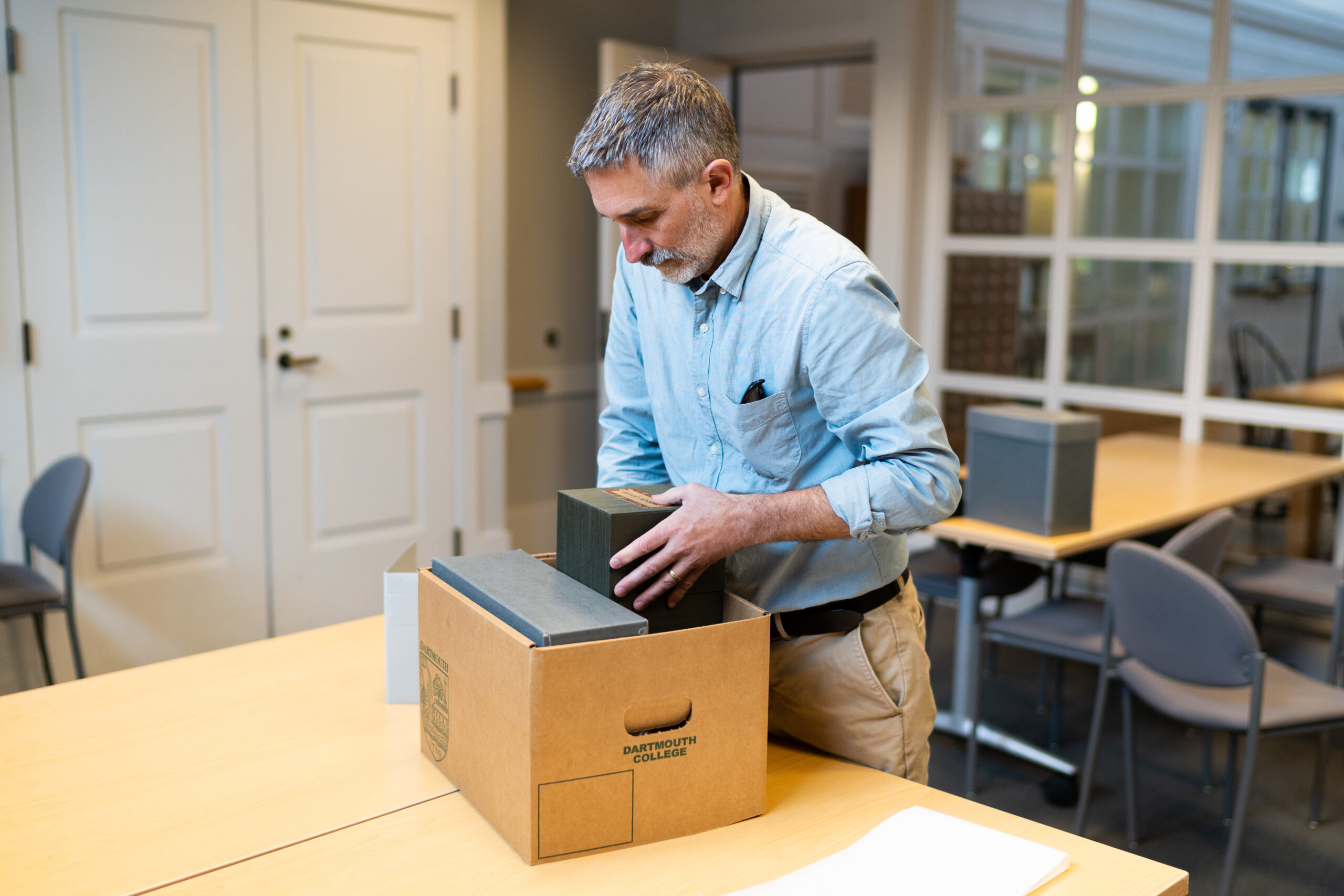 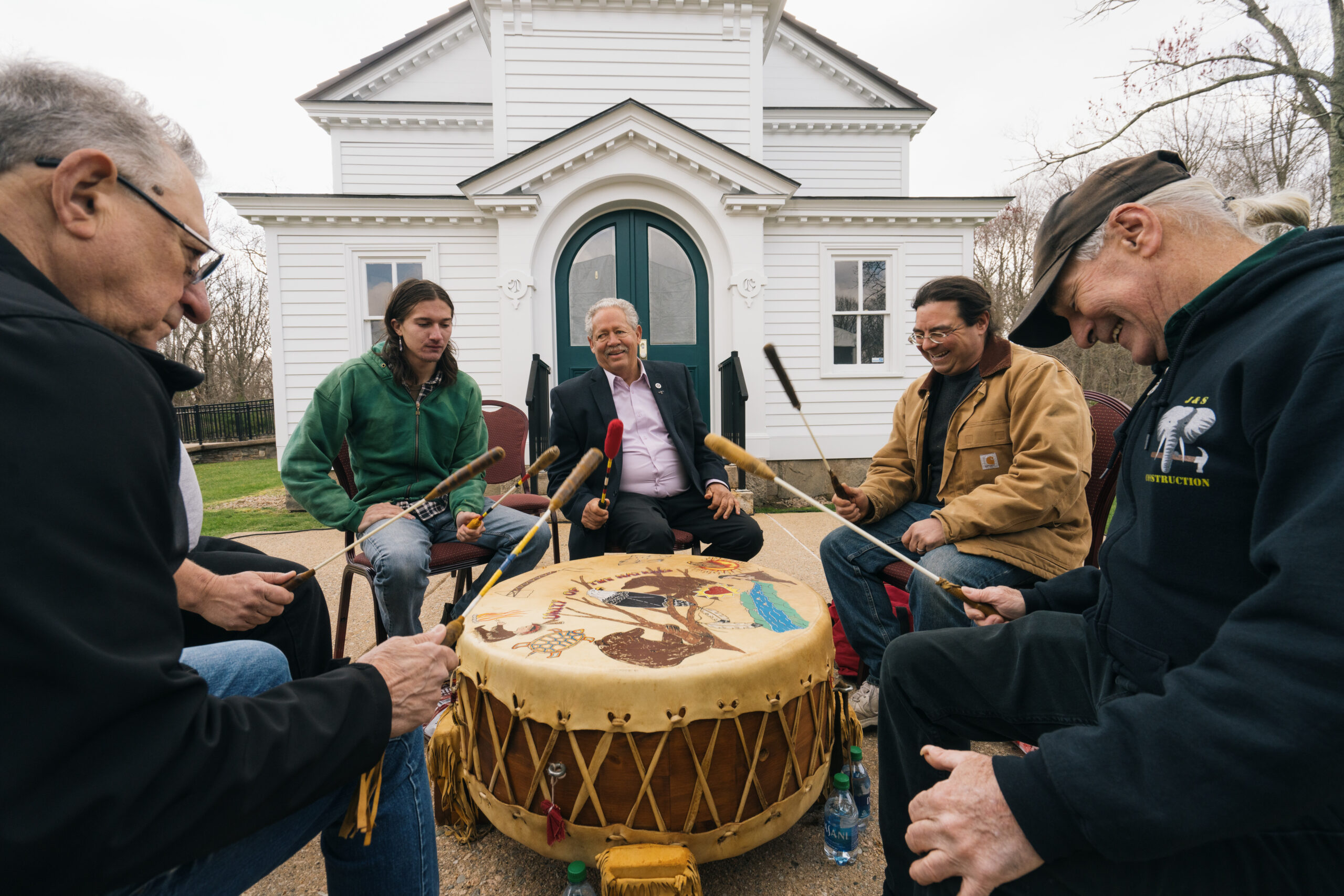 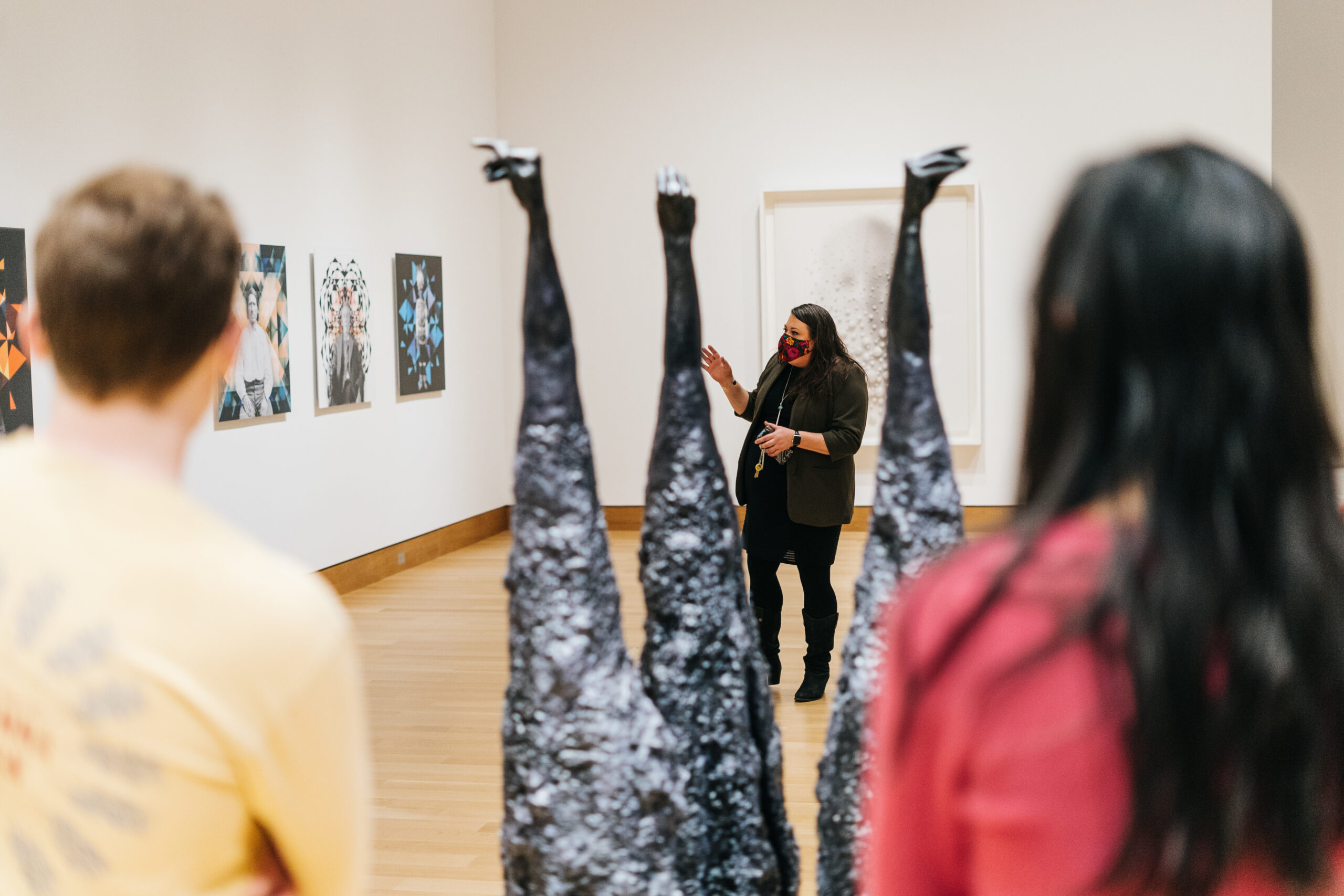 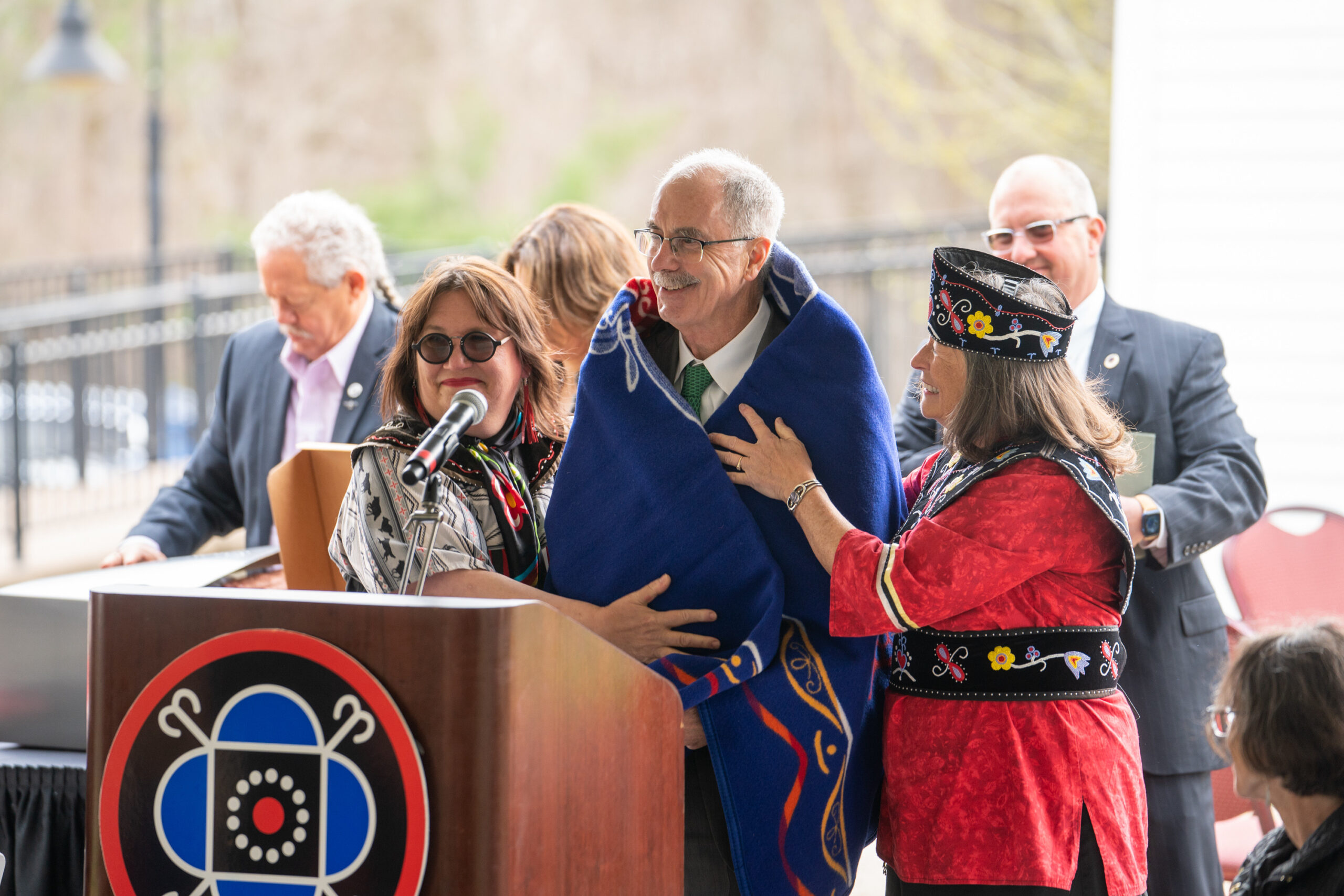 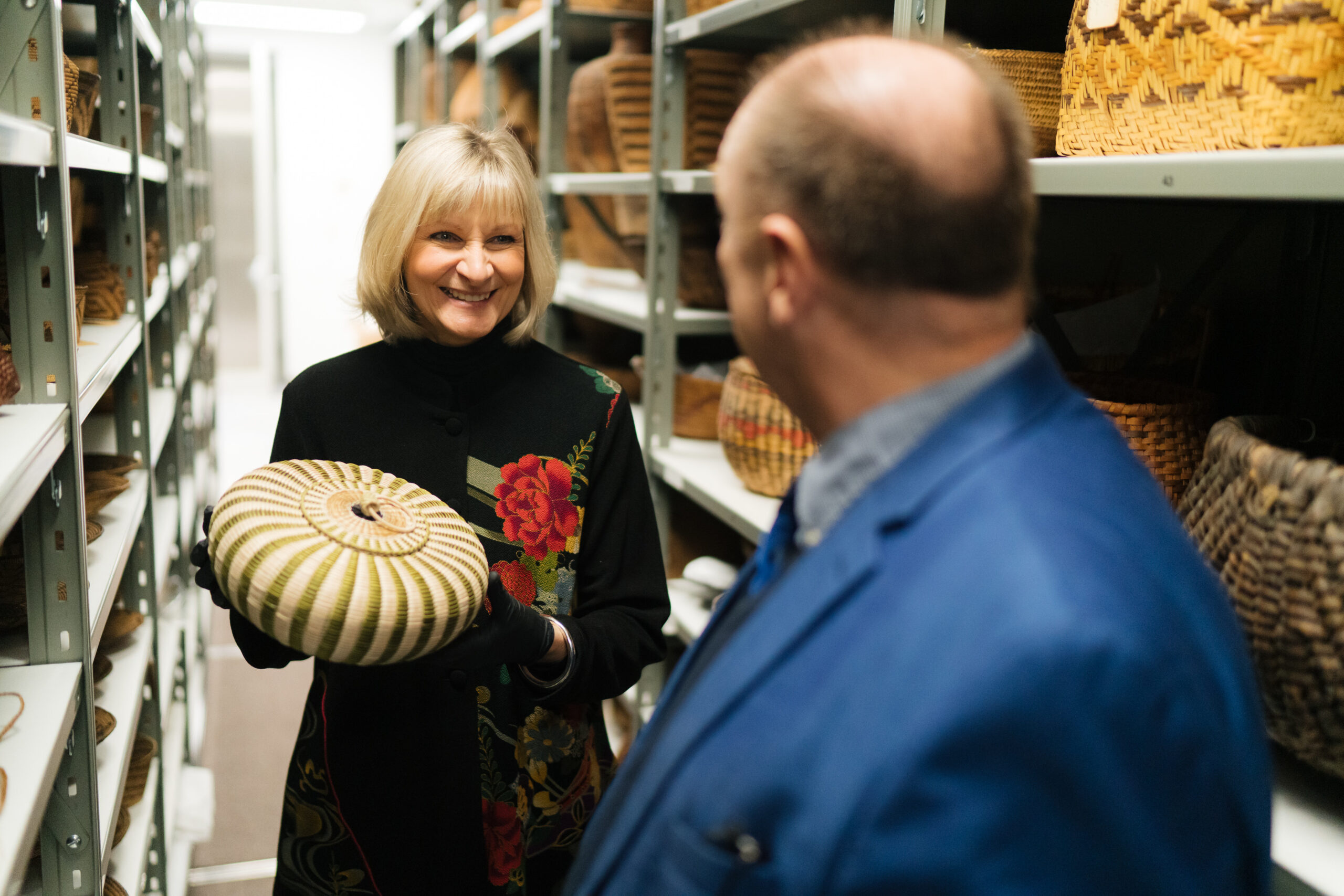 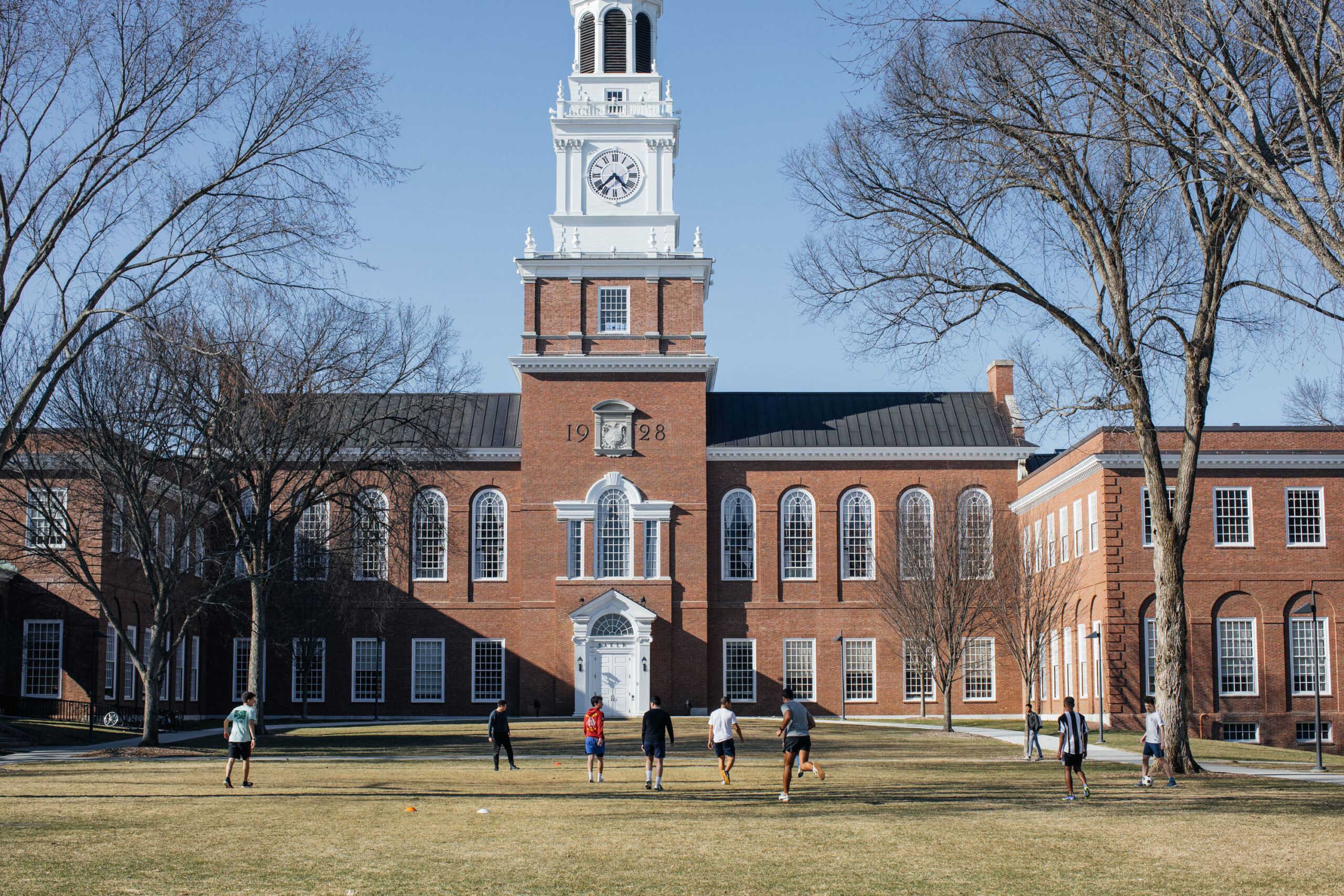 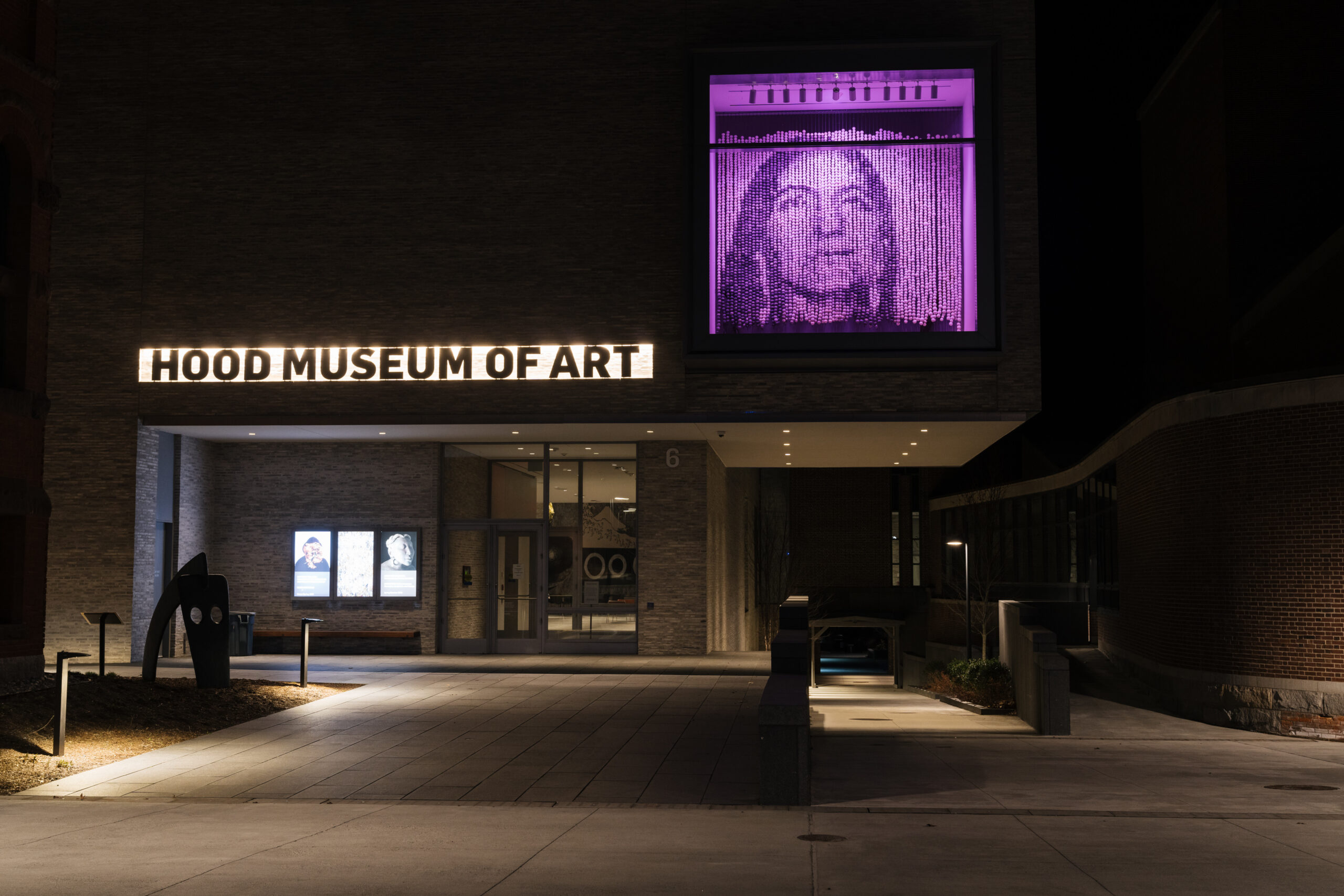